Q&A with M. Rhawi: “A Future for Christians in Iraq” & the current situation of the Nineveh Plain

Q: ISIS has been defeated on the ground. How is the situation now on the Nineveh Plain?

Our Chaldean/Syriac/Assyrian people are returning but obviously a big part of our people has fled the region and even the country. There are demographical changes going on. Unfortunately, this is a continuous process going on for more than 100 years now i.e. since the time of the Sayfo - the Genocide of 1915 - on Chaldean-Syriac-Assyrian, Armenian and Pontus-Greek Christians in the Ottoman Empire. What is going on, now that ISIS is defeat on the ground, is that the Iran-backed militias of Hashed-al-Shabi are pushing new demographic changes in the region, in particular in the city of Bagdede (Karakosh): where Christians are leaving, Shi’a Muslims move in. When it comes to the infrastructure more than 50% needs to be rebuild, more than 70 % of private family homes and almost all official public sites need to be rebuilt. As you understand there is a great amount of work that needs to be done.

Q: 2 years ago, ESU co-partnered the conference ‘a Future for Christians in Iraq’ in the European Parliament in Brussels. Could you elaborate on the background of this conference? Why the conference?

In late 2015 the European Parliament approved an unanimous but non-binding resolution with regards to the atrocities on minorities in Iraq to be recognized as Genocide and that the Nineveh Plain should be supported in the struggle to be given an autonomy status. We as ESU made a lot of journeys to Iraq and to the Kurdish Autonomous Region (KRG) and on many of these trips we took MEPs with us for them to see with their own eyes what is happening on the ground. The MEPs Lars Adaktusson (Sweden) and Branislav Skripek (Slovenia), together with Johannes de Jong from Sallux, played a central and driving role to try to arrange a conference on European Parliamentarian level in order to show and express the will and vision of the Chaldean/Syriac/Assyrian people´s political parties on their future in Iraq. The result was the conference called ‘A future for Christians in Iraq’, where 7 out of 10 of our political parties signed a Position Paper declaring they want the Nineveh Plain to be an Autonomous Region for our Chaldean/Syriac/Assyrian people. In addition to the political parties we invited Chaldean/Syriac/Assyrian militia leaders, NGO’s and religious leaders. Of course, we invited members of the Iraqi Government and the KRG. We also invited the Patriarch of the Syriac Orthodox Church and the Patriarch of the Syriac Catholic Church as guests of honor. In total we invited more than 60 persons from Iraq.

Q: What were the goals of the conference and why was ESU partnering this conference?

The main goal has always been to give the Chaldeans/Syriacs/Assyrians a voice on different EU levels. The conference was hosted by the EPP, ECH and ALDE European Parliament political groups. Especially the EPP-office of Lars Adaktusson was involved. As you know, we as ESU support our people politically and try to do all the necessary lobby work to promote our political parties in the Middle East on all applicable European Union platforms. Most of our parties still demand the Autonomous Region for the Chaldean/Syriac/Assyrian people.

Q: Why this big commitment by the European Parliamentarian(s)? Who were the other participants to the conference?

Now that you’re asking, almost all political groups in the EP supported the conference we co-arranged in 2017 in the EP. Everybody could see and acknowledged that the minorities of Iraq were under serious threat by ISIS. And that the Iraqi Government did nothing to defend its citizens from the atrocities carried out against them. 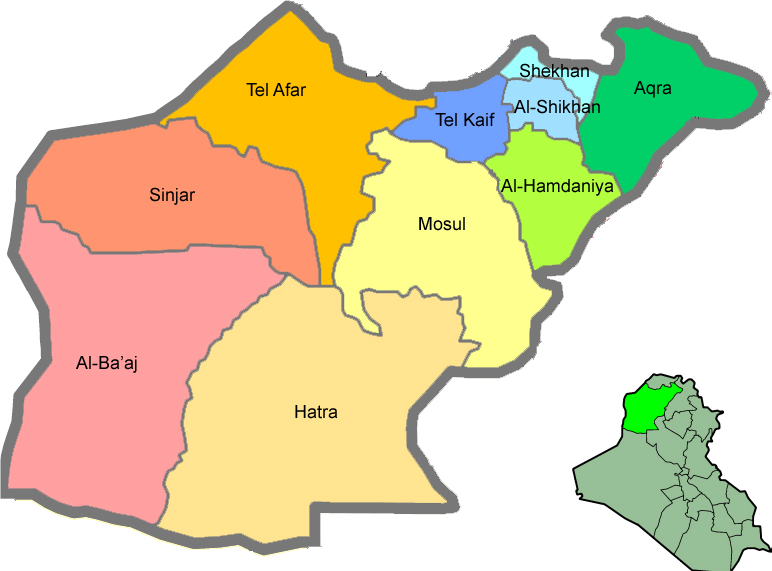 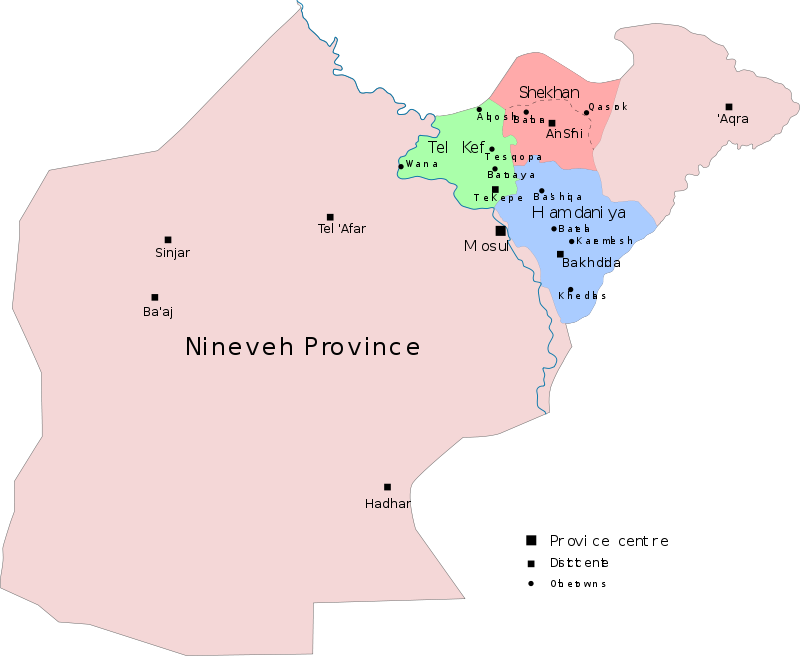 Q: At the conference also US and EU representatives were present. What was their position on the joint demands of the Position Paper? Now, two years on, how have you seen their involvement in implementing the demands?

The USA and EU are involved too little since they have bigger problems to attend, if you understand what I mean. Change in the Middle East is ongoing for years now and our people are one of the smallest components. Although they give us attention, we are not their primary focus. They are today trying to make life better for us in terms of rebuilding projects and, for many years now, through the economic support to and through our churches. This is probably one of the main factors that our churches have greater power over our people than our political parties have. This in itself creates division amongst us as the churches use different names.

Q: Seven Chaldean-Syriac-Assyrian political parties in Iraq signed the joint position paper? Who were these parties?

Q: How is the current relationship between these political parties? Two years on, has the joint position paper resulted in concrete results?

All parties are still very much engaged in reaching the principal goals of the Position Paper they all signed during the conference. You must understand that our Chaldean/Syriac/Assyrian people faces many different opponents in this matter. The division over geographical areas, the division over different churches, political parties and finally our denominations. All reasons which throughout history gave the impression that we are not one people. Sumerian, Akkadian, Assyrian, Babylonian, Aramean and Syriac… All these names and their proud history are ours; we are one people with different names.

In addition to internal divisions there are local political agendas. Tribes with the same ethnic background try to dominate each other. Furthermore, there are regional agenda’s in which different ethnic groups are fighting for regional dominance. We should never forget the fight for dominance within Islam where the Shi’a, with Iran as leading geographical power, and the Sunni, with Saudi Arabia and Turkey as leading geographical powers, have been fighting for regional dominance over the last 1.000 years. Then there are also the bigger agendas of the superpowers Russia and the USA. All these factors exist and are dominant on the ground.

Keeping this big picture in mind of course our people has to maneuver in a very delicate situation and our struggle for self-determination is not agenda-setting and is not in everyone’s interest… we need to adapt and find our way within different alliances, for the short and long term. We should of course not forget the Kurds, probably the largest ethnic group that is fighting for independence… nevertheless our parties are still committed to work for our Nineveh Plain as Autonomous Region.

Q: Who were the Chaldean/Syriac/Assyrian parties that did not join the conference and sign the position paper? What were their arguments and/or objections?

I think that question should be asked to them, but their answer to us was that the conference was a Kurdish scenario imposed on us. This is not true. We invited both Iraqi government and KRG representatives who also attended the conference e.g. the ambassador of Iraq and the special envoy to the EU of Mesut Barzani. In my opinion the biggest reason was that the Assyrian Democratic Movement felt that they were losing their power if they did not have the front seat in the process. And of course, they could not have it since this was a cooperation between the European Syriac Union and the European Parliament Group i.e. the Friendship Group for Chaldeans/Syriacs/Assyrians.

Q: In the last two years, have you had further talks with the latter political parties?

Of course, we have. We will never tire from working for our people and we will at all times try to reach out to the different parties within our people regardless of names and where they are situated.

Q: What made the biggest impression on you during the conference of 28-30 June 2017?

Definitely the signing of the Position Paper by all parties. Our people showed that they can agree if the chance is given. That moment was very emotional for me personally as I had made many journeys to Iraq and Syria during 2014-2018 in order to meet our Chaldean/Syriac/Assyrian parties and people.